2021 has been an eventful, exciting, and different year for us at Reason Studios and those of you in the community. Given the time of year, grab a glass of your favourite beverage, lean back in your chair in front of the fireplace and let’s look at what happened with Reason in 2021.

The talk of the town: Reason+ 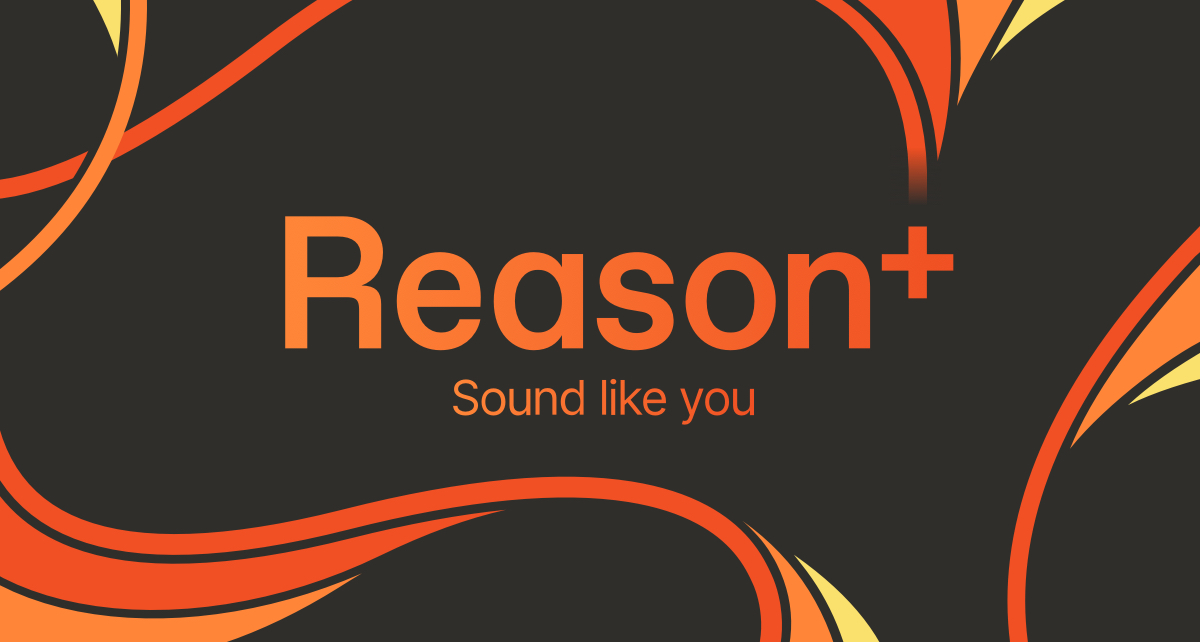 Let’s get the big things out of the way first. We started the year releasing something that, let’s just say, was not universally loved by the community: we launched a subscription called Reason+.

And hey, we get it; you are musicians. You own your instruments, your synths. After all, you don’t rent your guitar and swipe your credit card in your amp to turn it on when you want to slay some chords in the garage! So how can someone have the audacity to suggest you subscribe to your favourite DAW/plug-in combo?

Reason is now at a point where with the amount of content we’re adding, it’s going to take years for someone to buy it all, even if we do hefty discounts on it. We had to find a way to allow anyone to get all our content in one go and allow us to build combinators and other content. It might come as a surprise to you, but the amount of people that own the intersection of Reason 12, Friktion, Pattern Mutator and care about jingle bell trap is surprisingly low.

And on top of that, believe it or not, there are actual real people who prefer to subscribe over buying. In fact, we’re pretty sure about that because we confirmed it with both of them before launching Reason+.

In all seriousness though, we like to think the tide has turned on Reason+ and that many of you are coming around to seeing that Reason+ is actually a pretty good deal. I’d go as far as to say it’s the best deal in the industry. Okay, okay, I know I’m biased, but I remain convinced that if you can get over the hurdle with subscriptions, the amount of creative, fun, inspiring stuff you get for that $20/month is just ridiculous. 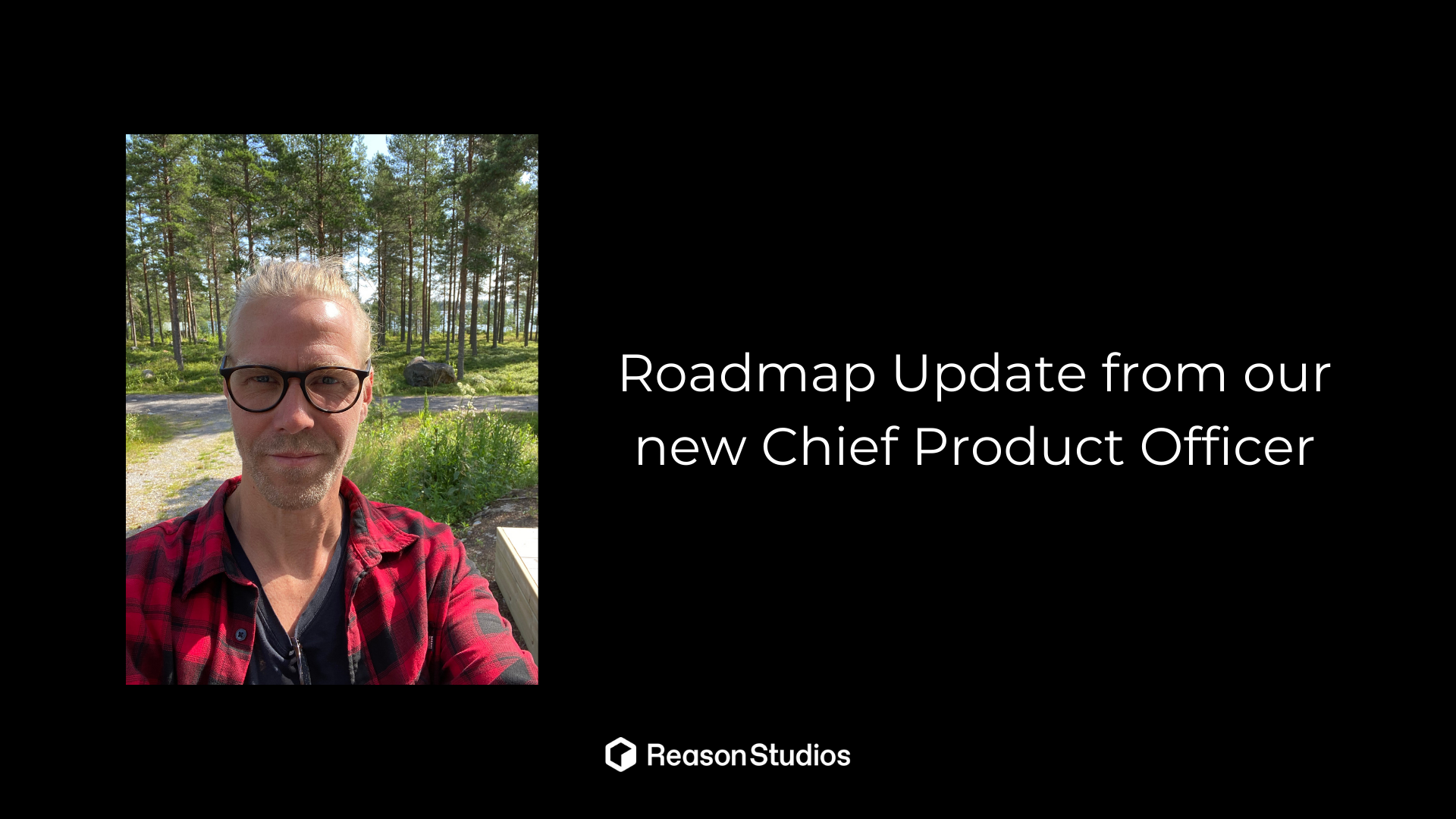 In another huge shift, but a lot more popular one, we decided to end the 25-year secrecy that has followed Reason Studios, by publishing our internal roadmap on our blog and the direction in which we wanted to take Reason. If you follow us on Instagram you might have seen we’ve also done Q&As in our push to be more transparent.

It has been so much fun to read your comments and reactions to our roadmap and updated roadmap. They are much appreciated! 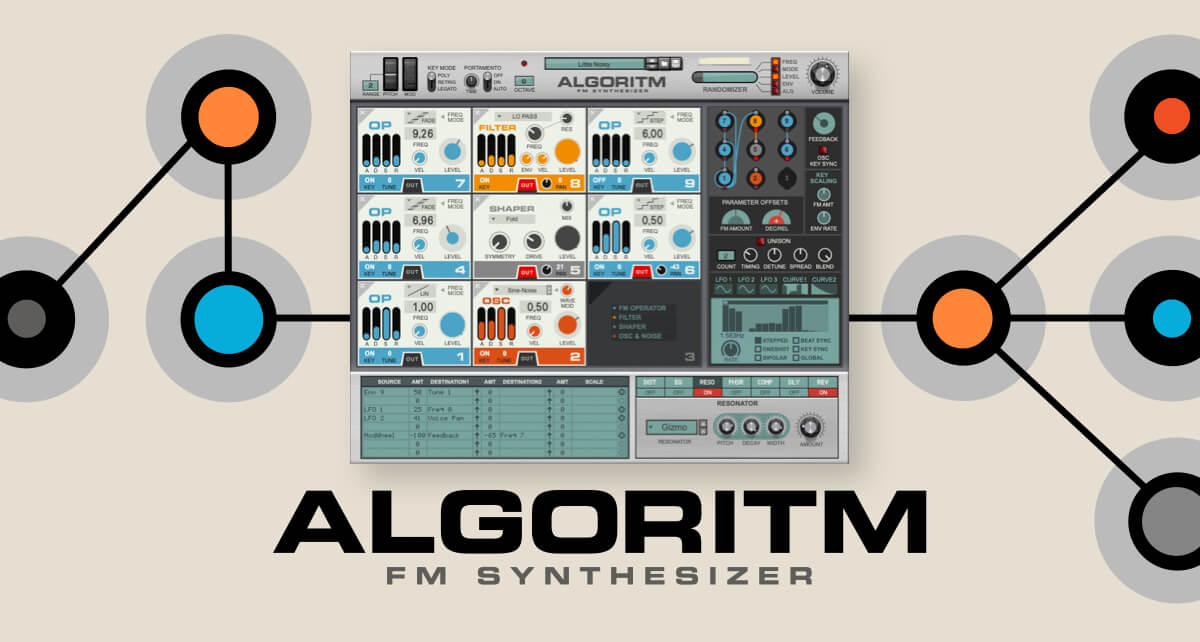 When Mattias came up with the idea to take a stab at a modern, flexible and usable FM-synth and got Peter Jubel (cofounder and DSP genius) hyped up about it, we got excited to say the least.

And Algoritm turned out to be even more awesome than we imagined it. Mattias, Pelle, Andreas and Ludde delivered something we like to think of as an instant classic. 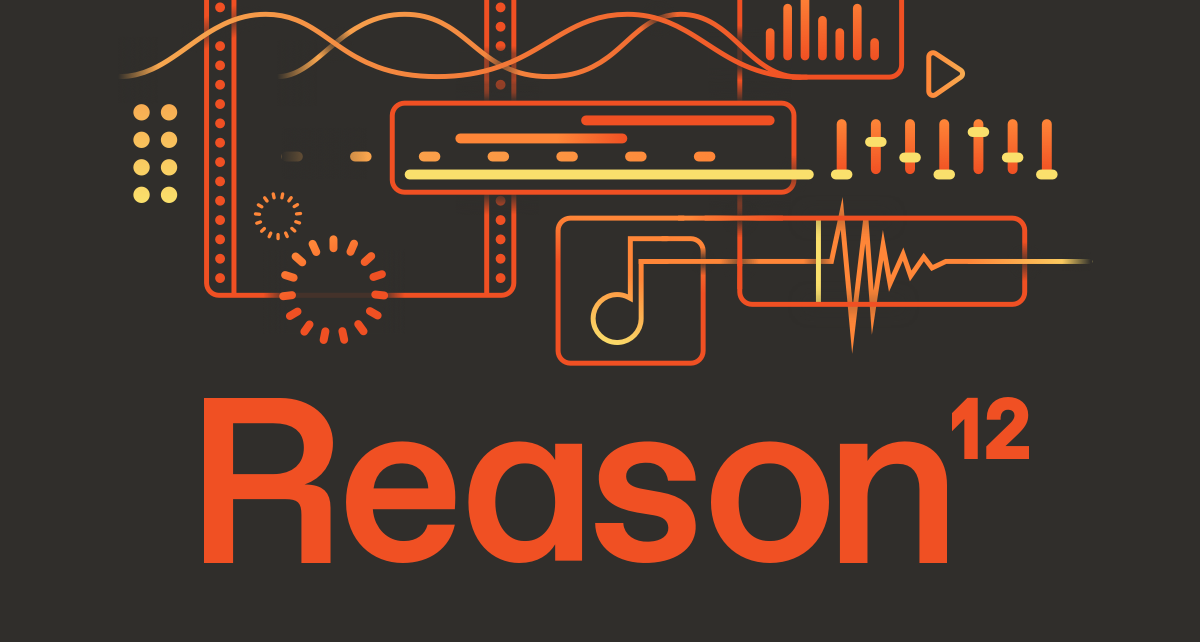 In September we were proud to launch Reason 12. With features like hi-res having an almost two year long development cycle, it was one of the single biggest investments in Reason’s future that we’ve done in a long time. But seeing that spinning fan on the Redrum made it all worth the wait. With fast search, our amazing new sampler Mimic and the new Combinator, we like to think Reason 12 was, as the kids say, epic.

We were eager to get all the great hi-res graphics out as fast as possible to make sure it was thoroughly tested. We therefore released a public beta in April to ensure we caught all relevant issues. But many problems hang on until release.

Now, all software has bugs, including Reason 12. The only problem with these specific bugs is that while a small share of users were affected, those that were affected found Reason 12 incredibly slow and resource intensive.

So why did it? The world has become a lot more complex in recent years. New CPU architectures, cloud storage, continuously updated operating systems make for a complex mix, which meant when we thought we had tested on most common configurations like we always do, it turned out we hadn’t.

The number of different home studio setups we’ve seen are just mind boggling... Like, who stores 7.2 terabytes of data on their Dropbox? Seriously? Yeah, I’m looking at you there in the back.

We’ve since released two updates and have one more to go, which means all of you should now already have the quality you expect from Reason. 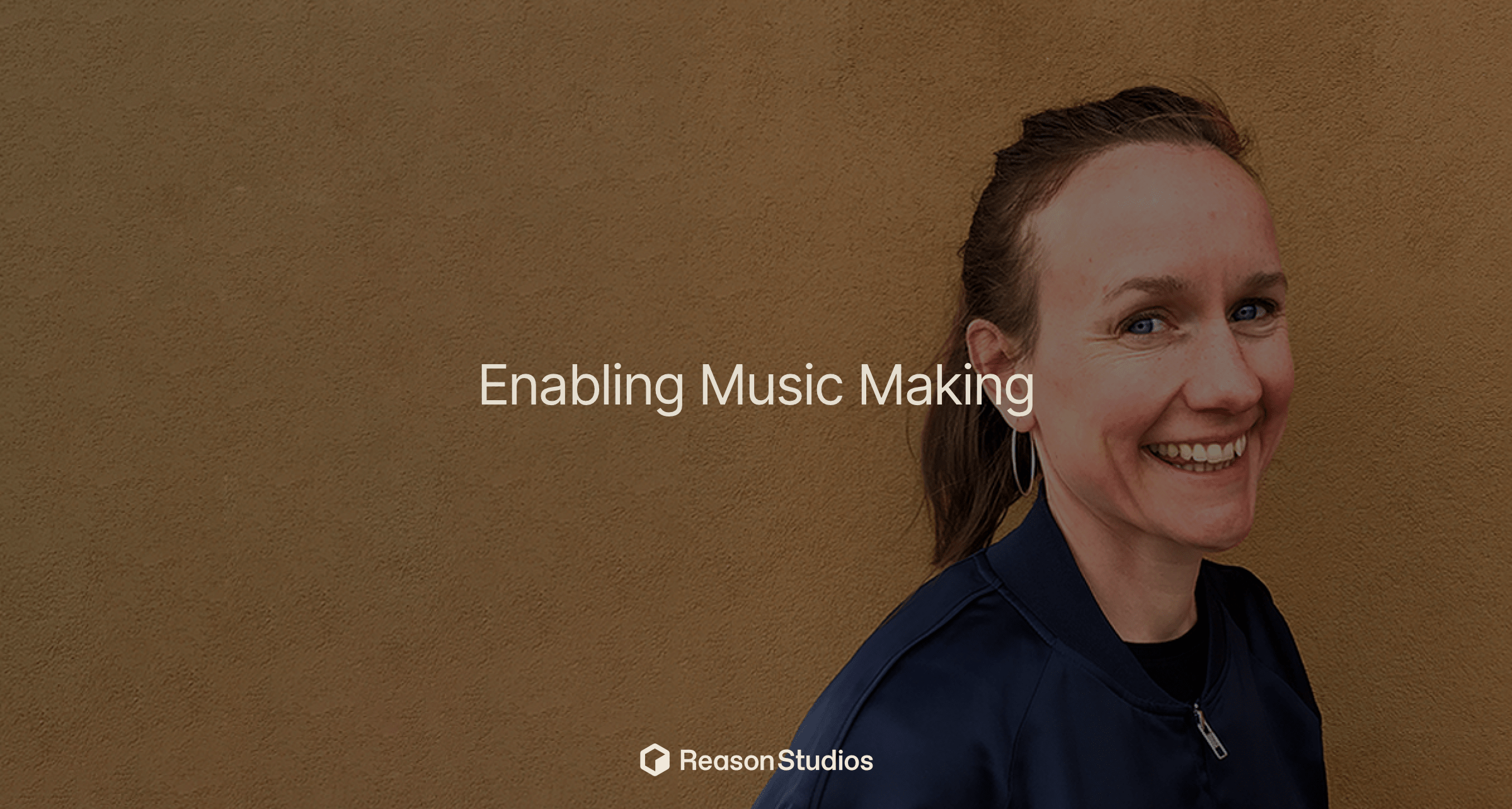 Our CPO David likes to tell the story of the time when he bought $2,000 worth of audio interface gear, that was made obsolete two days after his return window expired after he accidentally updated his computer to the latest version of Mac OS Big Sur.

The world is quickly changing, so we realized a few years ago that we needed to invest more in keeping Reason up to date, but 2021 was the year we decided to do something about it.

We have a vision to pioneer the music industry and to do that, we need to make it possible to develop and deliver new exciting features faster. We also want to ensure Reason works with the latest and greatest. You should never have to worry about ruining your music-making setup by keeping your hardware and OS up to date. We therefore introduced the new development track ‘Enabling Tech’.

‘Enabling Tech’ will ensure we are keep Reason up to date with new hardware, operating systems, and other standards like VST3. The first update from that team was the new REX SDK with M1 support that our CTO Sara announced on our blog. Since then the team has been busy working on internal systems improving release cycles and catching quality issues earlier and on performance improvements, some already released and more coming soon.

I’ll wait right here while you perpetual owners thank your Reason+ subscriber friends, who made it possible for us to have a business model which allows us to continuously release improvements. 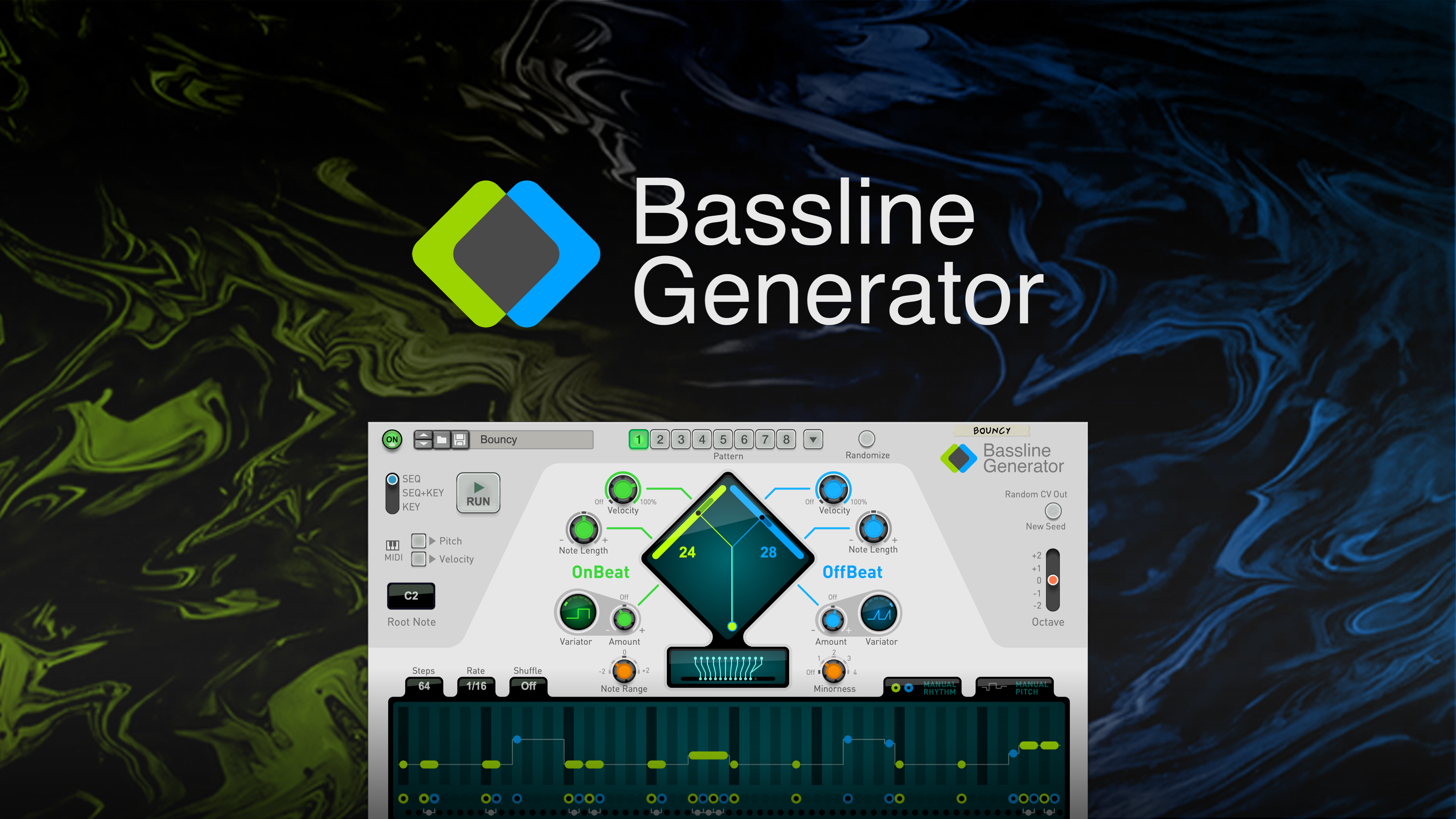 Our Players are the hidden gem of Reason. When we talk about how we want to enable creativity and be a box of fun toys that connect in surprising and inspiring ways, our Players are at the heart of it.

Mattias had heard from many musicians that they love a good bassline but often they end up putting in the bass as an afterthought and only play the root notes of the chords. With Ludvig having played in a funk band, they saw an opportunity and the Bassline Generator was born a few months later.

It turns out Mattias’ initial hunch was right; seeing all of you use Bassline Generator shows that the need to build better basslines was something a lot of you cared about.

We like to end the year with a bang. And I think Ludde, Mattias and Andreas did exactly that with the Bassline Generator. Not only did they create a great Player, but they contributed to music having better basslines. If that’s not ending the year with a bang, I don’t know what is.

I’m proud of what we achieved in 2021. Looking back, it’s fantastic to reflect on all the things we achieved together with you in the community. During 2022 we’ll continue our journey with more transparency, working towards our product vision and of course continue to deliver more exciting instruments and effects. Thank you for being part of this journey with us. 2022 is going to be a fun year.